The PIXMA MG3620 is a Wireless1 Inkjet All-In-One printer that offers convenience and simplicity for all your printing needs. Print and scan from almost anywhere around the house with its wireless capability. Save time and money with great features such as Auto duplex printing and Mobile Device Printing.

The PIXMA MG3620 is amazingly convenient with many ways to print wirelessly. With the Canon PRINT app2 easily print and scan photos and documents directly from your mobile devices. Enjoy printing from your iPad®, iPhone® or iPod® touch with AirPrint3, and from Android devices with Mopria4 and Google Cloud Print.5

Print amazingly crisp and clear photos and documents with this printer thanks to a maximum colour resolution of 4800 x 1200 dpi6 and the capability to print borderless photos up to 8.5” by 11.” Additionally, XL ink cartridges allow for more documents and photos to be printed while replacing those cartridges less often. 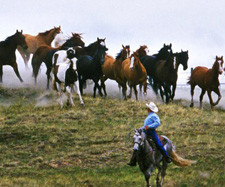 Learn from the pros